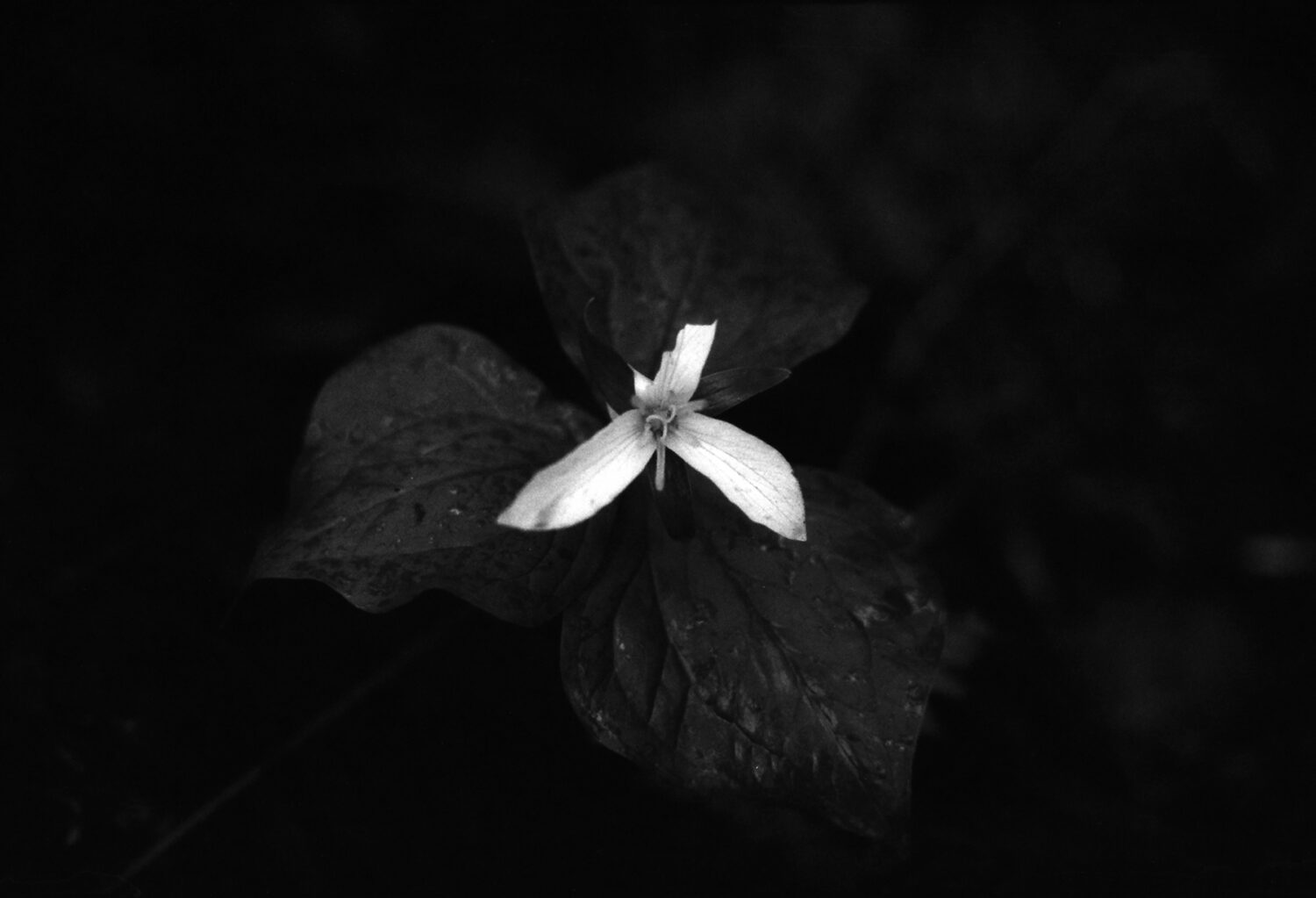 In December of 2021, I received a Nikon F 35mm SLR camera for Christmas! I had previously owned a pristine copy but when the DF debut, I sold a bunch of my film cameras (the Nikon F included) to purchase Nikon’s digital fusion.

I did regret selling that Nikon F as it had taken me nearly a year to find a copy that was in such like new, beautiful condition. Alas, nearly 7 years later I found one in mint condition and welcomed it home with open arms.

This past year I also added several other SLR’s back into my collection and this time I am not parting ways with these beloved beauties. Reason being is I want to slow down photographically in order to see.

Also, this past year I am dedicated to shooting more film as well as home developing the rolls. During our snowstorm in December was the perfect time to shoot my first roll, my first roll of B&W film that is!

I loaded the F with some Arista EDU 200 and off I wandered around in all the fresh, clean snowfall.

After a few weeks, I had finally shot all 36 exposures and was now a little nervous about developing it.

One of the reasons I knew I wanted to home develop was because I found Cinestill’s single step solution developer and fix! I watched the how-to video and was blown away at how simple it really was! The total cost was $20 bucks and I could develop 16 rolls! How could I pass up such a great deal and learning experience.

I practiced for a week loading negatives onto the spools in the dark. I had an empty film canister that I also practiced opening in the dark as well as just getting muscle memory remembering where I would set items in the dark so I would not fumble or knock over anything.

I was so excited when I finally set my mind on heading into the guest bathroom, (my new dark room) to begin the process. I wasn’t even nervous; I was just so dam giddy to finally give this a try!

I laid out all my items as I had previously practiced, sealed the bottom of the bathroom door with a towel and took a breath and out went the lights. Everything went just as I practiced. I couldn’t believe how well it was going!

As I got the film onto the spool and was making my last turn before inserting it into the developing tank a dam message came through on my screen! Holy crap, I hurried and closed the tank and threw a towel onto my phone! Now I was nervous!

I went ahead and filled the tank with the DF96 followed through with the timer, removed the film after rinsing it and hung it up to dry.

I looked over the negatives and everything looked fine…a sigh of relief washed over me. The next morning, I brought the negatives up to my studio and scanned them into my computer. All were fine except for the one of Tika, which was the last photo on the roll. Obvious light leak on that negative had to have been from the message that came through at the pivotal moment.

Below are a few of the photographs from my fist roll of film that I have ever developed! All images were shot on Arista EDU 200 Panchromatic B&W Negative Film. For educational 35mm film I really love the results. Mind you I’m not an expert at film selection I just know what I like when I see! To me I love the contrasty photographs and for my first time developing I love the results.

I simply cannot wait to develop more film. I’ve shot a total of 5 more rolls…color and B&W. I plan on developing both color and B&W film using Cinestill chemicals. The process was so easy and flawless that I just can’t see why I would send film off to the lab again!

By Ani, September 2, 2022 †Blessed: Christian, Ranch Wife, Furbaby Mama, Photographer, Artist, Buckskin Rider...living in the great PNW. Aspiring to create thought provoking imaginary that produces peace and tranquility to the eyes of the beholder. I use photography as a meditative outlet to help calm my mind, body and soul!