Off the Shelf – A Look at Pentti Sammallahti 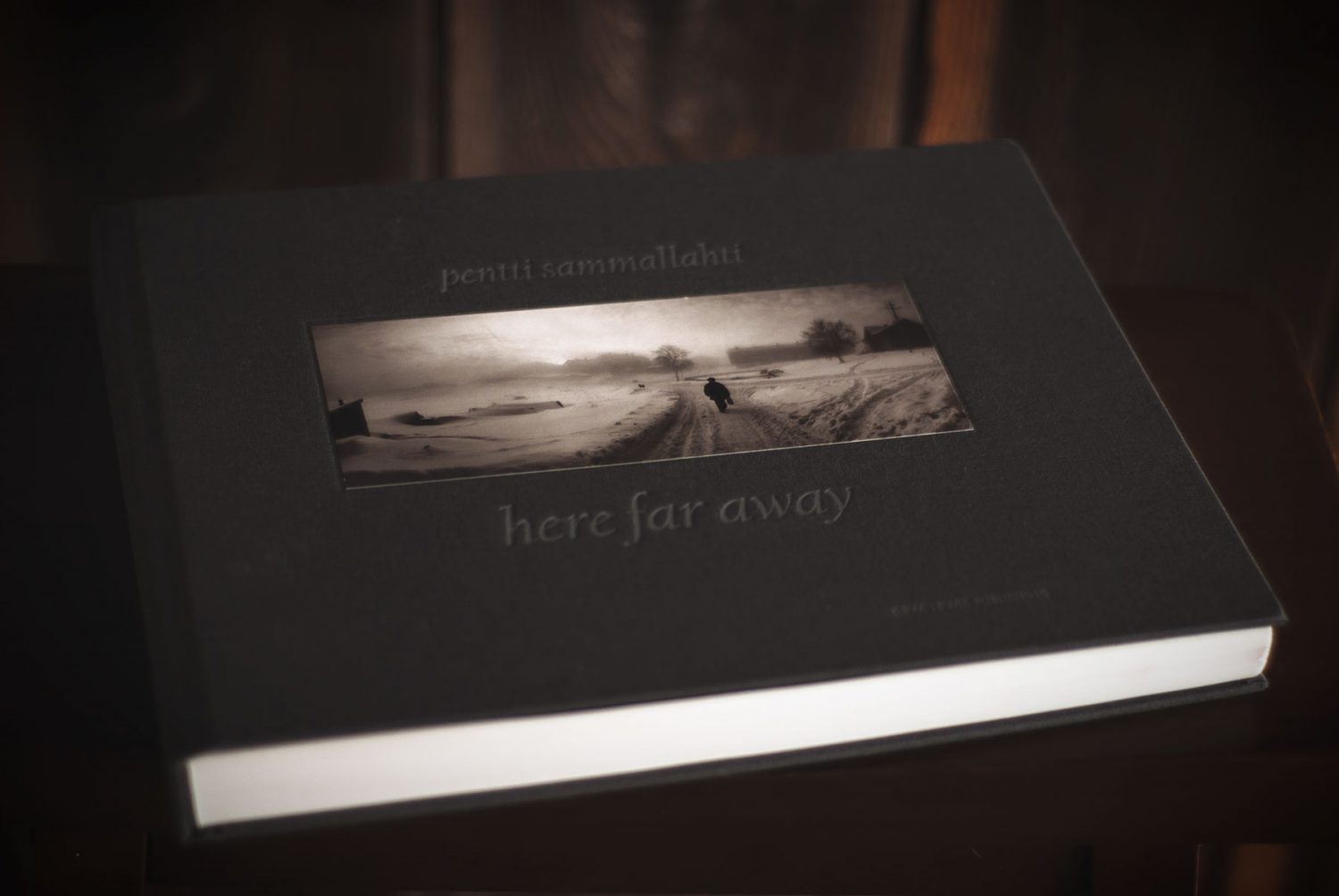 I’m not sure how I came across the beautiful works of Pentti Sammallahti. But, eight years ago, I purchased his collective works of over 40 years in the fantastic book, Here Far Away. Since that day I’ve been in love with his photography.

Reading the forward by Finn Thrane sets the mood for a journey that calms the soul and gives the mind a wonderous trip into nirvana.

The feel of the photographs takes you on a journey with Pentti as if you were walking along side him and his camera. I would love to share a nice scotch with him one day and hear stories of his journey’s. I’m certain his words are as full of character as his photographs.

The use of shadows, light and contrast are exemplary, the simplistic beauty in his photographs of animals really calls to my deep.

Photographing the Love of Animals

During the pandemic I really focused on the joys of being home with our animals. As a world traveler, you can witness that Penttii sees animals are very significant. He has this ability to include animals in his photographs that show them as important as human subjects. I love to photograph our animals in the same light. I believe if animals didn’t exist we as humans would look and feel entirely differently.

Here Far Away takes me back to being raised in a humble environment. We didn’t have much. My dad, a single parent, although a finished carpenter, had to work three jobs to support six kids. With the help of my grandmother, we had each other and that was enough. Sometimes on weekends, my dad would have side jobs of making furniture for extra money. He was a craftsman, making beautiful things out of wood. He taught me how to hand sand the pieces with different sandpaper before he assembled them. I loved watching and helping. I loved the smell of wood. I loved watching his hands work.

The nostalgia I get from Here Far Away feels like home and that time spent with my dad. I reached for Here Far Away again this week to quiet my busy mind. It did just that… I was once again feeling an old familiar and it prompted me to want to share my feelings. It has inspired me to create, to see and to imagine.

I hope more photographers/people will experience Pentti Sammallahti’s beautiful soul through his photographs. For me, it has helped me to focus on the importance of simplicity, life and a calm this world can take from you if you fall into the chaos.

For further reading on Pentti I encourage you to explore his works through his books and his photographs.

Pentti Sammallahti was born on 29 April 1950 in Helsinki, Finland. Growing up, he was surrounded by the works of his grandmother, Hildur Larsson (1882-1952), a Swedish-born photographer, who worked for the Helsinki newspaper Kaiku in the early 1900s. After visiting the exhibition The Family of Man at the Helsinki Art Hall (1961) Sammallahti made his first photographs at age eleven. Pentti joined the Helsinki Camera Club in 1964. His first solo exhibition was in 1971. Sammallahti taught at the University of Art and Design in Helsinki for 17 Years, until he received a 15-year artist’s grant in 1991 from the Finnish government.

In 2004, Henri Cartier-Bresson ranked Sammallahti amongst his favourite photographers in his Foundation’s inaugural exhibitionin Paris. In 2005 he was added to Robert Delpire’s Photo Poche book series and also exhibited at the Arles International Photography Festival. As a teacher, Sammallahti has had an enormous influence on a whole generation of documentary photographers in Scandinavia and since 1979, he has published thirteen books and portfolios and has received innumerable awards.
[read full bio]

Here Far AwayPentti SammallahtiPhotography BooksPhotography Inspiration
By Ani, October 30, 2021 †Blessed: Christian, Ranch Wife, Furbaby Mama, Photographer, Artist, Buckskin Rider...living in the great PNW. Aspiring to create thought provoking imaginary that produces peace and tranquility to the eyes of the beholder. I use photography as a meditative outlet to help calm my mind, body and soul!